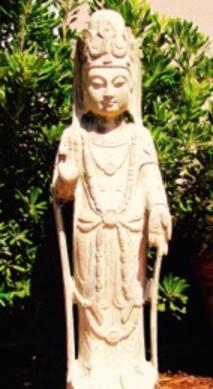 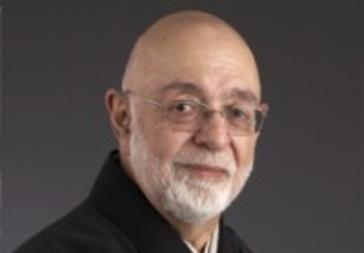 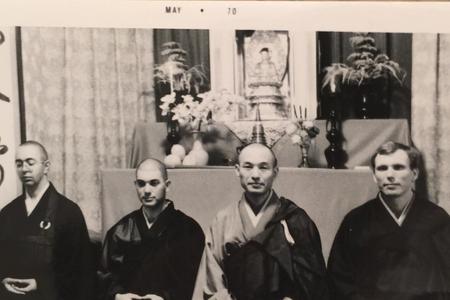 Sensei Daishin was born in London, England, to a Jewish-Christian family of Eastern European backgrounds. He began Zen practice in Philadelphia in 1967, receiving both lay and Priest ordination in the Korean Chogye Order of Zen from the Venerable Seo Kyung-bo. He later practiced with (then) Maezumi Sensei at the Zen Center of Los Angeles (ZCLA), where he was in residence until 1979. He served as pastoral counselor, and was publishing editor of the ZCLA Journal and the Zen Writings Series. In 1999, Daishin renewed his Priest vows with Sensei Yoshin Jordan, and returned to ZCLA to study with Roshi Egyoku. In 2003 he received Preceptor Transmission and was empowered as Dharma Holder, and subsequently received Dharma Transmission in June 2008. Sensei Daishin has a PsyD in Psychology from the Southern California Psychoanalytic Institute. He is a licensed Marriage and Family Therapist with a private clinical practice. He leads an affiliated sitting group, the Ocean Moon Sangha, in Santa Monica and teaches Buddhist psychology and zazen to mental health professionals. Daishin is the author of To Forget the Self and Zen Meditation in Plain English (Wisdom, 2002) and is co-editor with Roshi Egyoku of the On Zen Practice collection). He is married to Concetta Getsuren Alfano, a Zen practitioner, psychoanalyst and co-founder of the Center for Mindfulness and Psychotherapy. Daishin has one son.

Ocean Moon Sangha is a community dedicated to Zen Buddhist practice; doing zazen, living the precepts, and deepening our appreciation of the Buddhadharma through practice and study. We serve by offering weekly meditation, Dharma talks and discussions, meditation instruction, and community outreach. We welcome all who want to practice and learn more about Zen in a friendly and mutually supportive environment.”

Our Founder and Teacher